The kelpie is a Scottish creature a water horse of sort. It most commonly appears as a beautiful horse in running water and can be identified by the mane that seems to be constantly dripping wet. 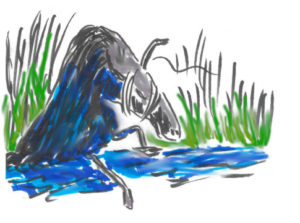 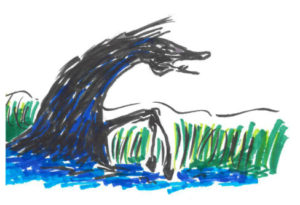 The moors were dark, a haze rising from the nearby river gave the impression that smoke was rising from some hellish gape in the earth. 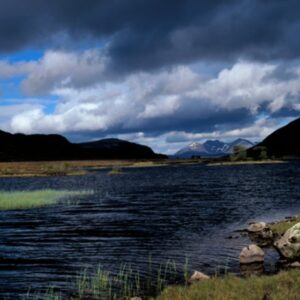 The man walking the lonely road wished he had some faster way to travel. As if some good spirits were listening, a pale, saddled horse appeared near the water. The man approached it, reaching tentatively. The horse’s nicker did not indicate fear, but rather sounded like an invitation. Using the saddle horn to pull himself up, the man could not believe his luck. Suddenly the horse burst into a run, heading straight for the river. The terrified man tried to dislodge himself from the horse, but some supernatural force kept him in place. The water didn’t seem to slow the horse, in fact, its touch seemed to give it speed. The man realized this was no horse at all but a kelpie, just at the moment his head went below the surface, never to return.

This entry was posted in Blog. Bookmark the permalink.