This is how Stella’s Pumpkin Soup came to be.

How was the world before any pumpkin had ever showed its face to humans? People had never eaten a pumpkin, they had never even seen one…, pumpkins were not even part of our world.

One day out of nowhere Pumpkin Giant showed up. This was a bad pumpkin, so bad that people feared it. Shiverings were rampant among people when the name of Pumpkin Giant was even mentioned. Its appearance was enough to create fear among anyone who ever came in contact with it. 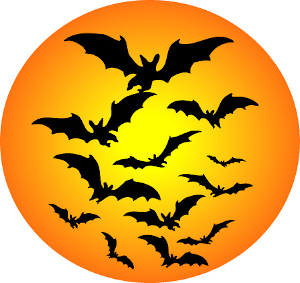 Pumpkin Giant’s appetite was so great, he was feared all over the world. He lived in a castle, the only habitat he could ever get into due to its size. In the moat surrounding his castle, there were many bones, not even mutton bones mind you.

One day Johnny a twelve years old boy wandering around the Giant’s castle, unexpected the draw bridge was down. Johnny could see the Giant Pumpkin sitting in the middle of the courtyard with its mouth wide open. Johnny without a second thought picked up the baked potato from his back sack that his mother had prepared for his lunch and threw it plump into the Giant Pumpkin’s mouth. The Giant choked and gasped, tumbled down, and died.

The following year something magical happened. In the potato fields, orange heads were above the field hundred of them, even thousands of those growing all over. For the benefit of all the people who now can enjoy

This entry was posted in Blog. Bookmark the permalink.